The aerospace company buys most of the parts that compose their commercial and military aircraft from external suppliers. These suppliers have been pressured to reduce the costs of the parts sold for Boeing, considering the company has had a boost in its jetliner production and has increased the demand for these suppliers. 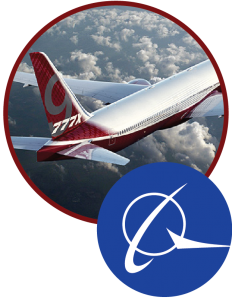 The latest earnings report disclosed by Boeing shows that the company has beat forecasts and bumped up its full-year guidance. According to Chief Executive Dennis Muilenburg, Boeing representatives are “thinking through future supply chain architecture”, in order to optimize the company’s processes even more.

Boeing has already brought some large components back in-house, such as the production of the wings for its new 777X jet, which is being operated at a new high-tech facility near Seattle. This is just one example of the company’s many efforts to introduce more automation in its manufacturing.

Still, according to Mr. Muilenburg, the company has the potential to expand its vertical integration, and by doing this it could also boost competition between existing suppliers to reduce costs and improve efficiency as they battle with Airbus SE for market share.

The aerospace company has already cut over 25 thousand jobs in the past five years and in recent months it has announced more than 2 thousand further voluntary and involuntary layoffs. Mr. Muilenburg declined to comment on when Boeing would reach a floor for its workforce, though he said the company had hired more than 11,000 new workers over the past two years.

Leadership in logistics: Everything you must know

Port Innovation: Keep up with what is trending in the logistics market